Adler Pelzer Group, a worldwide leader in the design, engineering and manufacturing of acoustic and thermal components & systems for automotive, announced today that through its subsidiary HP Pelzer Holding GmbH it has acquired the entire share capital of CAB Automotive Limited from Advancel Limited for an undisclosed amount. 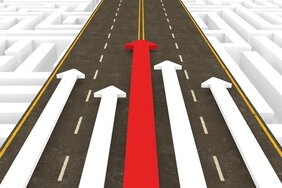 CAB Automotive, a company based in Tipton, West Midlands, United Kingdom, is a world class manufacturer of automotive interior solutions for both vehicle manufacturers and tier 1 suppliers to the automotive sector. CAB Automotive is well positioned among Europe’s premium automakers, including Jaguar Land Rover, Bentley, Aston Martin and McLaren.

Mr. Brian Miles, Cab Automotive Chairman, said “we are pleased to have been acquired by the Adler Pelzer Group. This secures a path for an even brighter future. Our customers will have a greater range of products and technologies to meet their needs. The acquisition also brings further development opportunities for the team and the location. I would also add that we greatly appreciate the contribution the Regional Growth Fund and Sandwell Council have given the organization which has resulted in such an opportunity”. Studio Gaeta and White & Case acted as counsel for the Adler Pelzer Group.

”We are extremely pleased to integrate CAB Automotive team, competences and facility in the Adler Pelzer Group to build further its recognized superior quality, lean manufacturing skills and constant innovation, including high-functionality and first class designs”,
stated Pietro Lardini, CEO of the Adler Pelzer Group. “This is another important step in the development of the Group”, expressed Paolo Scudieri, President of the Adler Group.

Our website uses cookies and services from Google and Youtube. We need your consent for this. Please find more information in our LEGAL DISCLAIMER. You can change the settings in the LEGAL DISCLAIMER settings at any time.